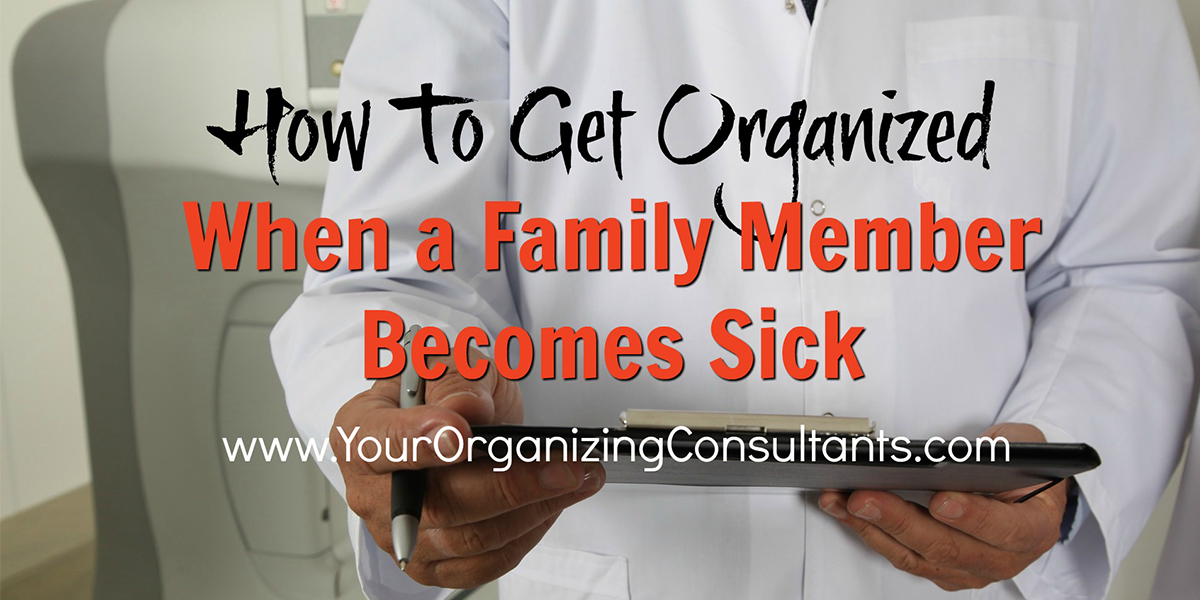 How to Get Organized When a Family Member Becomes Sick 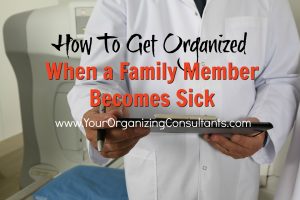 No one is ever prepared when a family member gets sick.

In the spring, we received a call from Tom whose wife (Suzy) was hospitalized for a month because she had a blood disease and had to be treated in isolation. They had two children in middle school and both parents had full time jobs, though Suzy was on medical leave. Luckily her mother was available to help with the kids, getting laundry done, cooking and chauffeuring. Having his Mother-in-Law there was a huge relief to the family.

In addition to Suzy being sick, they had just completed a beautiful home renovation project; which as you know, a renovation creates havoc in pretty much every room in the house! Our job was to focus on clearing  and organizing the basement and organizing the garage/wood shop/bike storage (which was where everything landed during the renovation).

We started by getting everything into categories so that when Tom had time, he could easily make decisions as to what they wanted to keep, what was trash, and what could be donated.

As we worked, we created areas in the basement for all the belongings that would stay. Things like:

Luckily there was plenty of shelving in the space, so all we needed was to adapt our categories. Some areas had already been defined, they had clearly been organized at one point. For example, they had a ton of memorabilia on a side wall, we made that the memorabilia area because the bulk of it was already there, and it was not prime real estate, so why move it all. 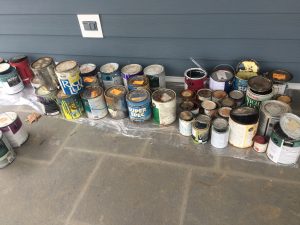 We found a ton of old paint cans that were easily 30 years old. We sorted them out: latex and oil. The oil paint went to a hazardous waste collection, and we dumped cat litter into the latex to make it solid, then it could go on the trash. Once the paint was removed, it opened up a ton of space to sort, purge and containerize what was left.

Voila…we had an organized space that we were proud of and the client was thrilled.

We were able to gather excess furniture, toys, sporting goods and some duplicate kitchen ware that we could donate, we packed the smaller stuff in boxes, called Impact Thrift got an appointment for the pick up client.